Over the winter months in South Africa, the low-temperature operability of diesel fuel becomes increasingly important. During this period, and for the most part only in the coldest parts of the country, a phenomenon referred to as “diesel gelling” may be experienced.

Diesel is a complex mixture of numerous, mainly paraffinic hydrocarbons. As the fuel cools in cold weather conditions, it does not “freeze” at a single temperature like water. Rather, it becomes hazy or cloudy in appearance, as minute wax crystals begin to form in the fuel. As the temperature further reduces, the fuel and precipitated waxy constituents gradually thicken, taking on a soft jelly-like consistency, which at some point becomes difficult to pump through a diesel vehicle’s fuel system. “Gelling” typically occurs when a vehicle, or other diesel-fuelled equipment, is exposed to very low ambient temperatures, exacerbated by the contributory effects of wind chill, and particularly when a so-called “cold snap” impacts a particular geographic location.

The Cold Filter Plugging Point (CFPP) test is widely used within the petroleum industry to determine the low-temperature operability of a diesel fuel to estimate the lowest temperature at which it will flow freely through the fuel filter(s) in a diesel engine. As the temperature of the fuel decreases, wax crystals begin to precipitate out of solution, eventually reaching a point at which the agglomerated crystals impede the flow of fuel through the filter(s). In accordance with this laboratory test method, a given volume of fuel is cooled under specified conditions and is drawn into a pipette under a controlled vacuum through a standardised wire mesh filter. The drawing of the sample into the pipette is repeated at 1°C interval as the fuel is progressively cooled. The CFPP is defined as the temperature at which the pipette can no longer be filled with the sample within 60 seconds. 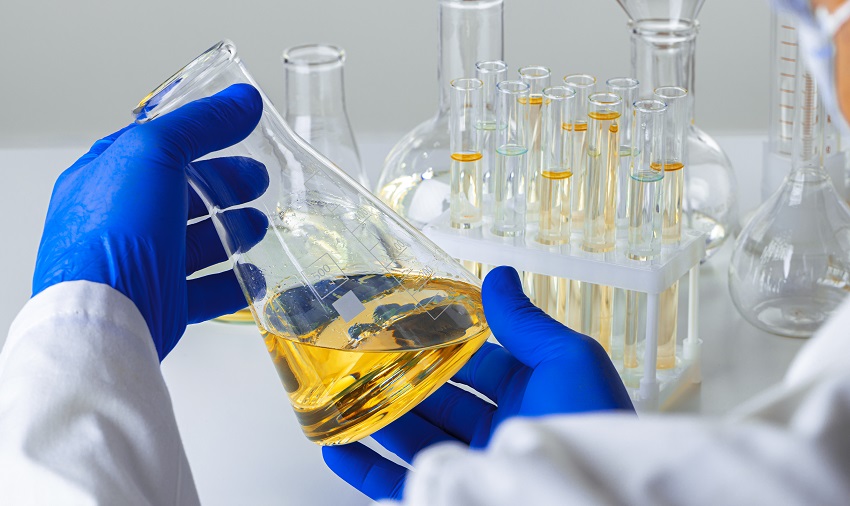 Flow improver additive is dosed into refinery diesel production between 1 April and 30 September to produce winter-grade diesel. The South African National Standard for Automotive Diesel (SANS 342) requires refineries and fuel importers to meet a CFPP specification of -4°C maximum during the above winter months. Middle Distillate Flow Improver (MDFI) additives are formulated to improve the cold flow properties of diesel fuel. Many of these proprietary formulations are based on polymer chemistry. The long-chain polymer molecules interact with the wax crystals that start to form as the temperature of the fuel decreases. The polymers suppress the impact of wax crystal growth by modifying the size, shape and extent of agglomeration of the crystals, changing them into needle-like structures, thus enabling them to pass more readily through the fine mesh screens of fuel filters.

Whilst isolated incidents of “gelling” may occur mid-winter in the very coldest parts of the country, commercial users of diesel fuel in the transportation, mining and manufacturing sectors should not encounter problems in this regard. Fuel turnover within these sectors is generally high, so users should not find themselves consuming summer grade diesel during the early transition period from summer into winter. Moreover, the phenomenon of “gelling” should be largely mitigated with the rise in the proportion of imported Low Sulphur Diesel, which by virtue of its molecular composition, frequently exhibits a CFPP value substantially below - 4°C.

Diesel is the undisputed lifeblood of commercial land transport that keeps the economic wheels rolling in most countries, yet it’s often touted as the ‘bad boy’ when it...

Read more
Get In Touch